The 13th biennial Weedman Family Reunion was held June 19-21 in Uniontown and Masontown, PA. There were 58 participants at the event. The event was based at the Uniontown Holiday Inn and hosted by Billie Lou Weedman Bruce and Nick Weedman.

Participants arrived on Friday afternoon and were greeted by a meeting room filled with Weedman memorabilia and posters. An evening session was held to discuss plans for the Reunion and why it was being held in Uniontown.

The theme was a “Visit to New Holland” to recognize the name of the homestead that Christian and Elizabeth Weedman, Sr. gave to the land they received by grant from the Pennsylvania government. It appears they first settled the land between 1765 and 1769 and remained there until it was sold in 1799.

Using land maps, GIS systems, and help from the Fayette County government, we have been able to confirm the location of the land with certainty. So, the event was to take interested ancestors back to the original homestead.

There are no original buildings left from the homestead but it is still relatively undeveloped. The northern boundary of the 400+ acre tract is common with the City of Masontown city limits. It was felt that many would be interested in seeing how the land appeared and noone was disappointed in the beautiful site.

Following the Friday evening structured session, quite a few stayed to visit and socialize. 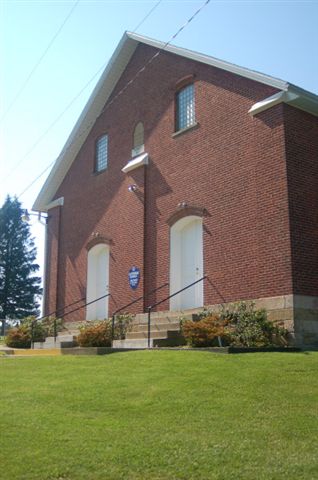 On Saturday morning, a cavalcade of vehicles headed toward the Jacob’s Lutheran Church located near McClellandtown. This is where at least one of Christian and Elizabeth Weedman's children were married. Catherine, their youngest daughter married John Huhn, Jr. Many of their grandchildren were christened at the church.

Interestingly, while we find repeated reference to the children and grandchildren, we cannot find a single instance of Christian or Elizabeth sponsoring a grandchild at the christening ceremony.

We toured the old part of the cemetery and found the grave of Nicholas Riffle who was the husband of Barbara Weedman. In addition, a number of Huhn and Riffle burial sites were viewed.

There is a marker in the cemetery that the first burial was that of a child of A. M. Riffle. The marker, a bronze plaque mounted on a granite stone, states that the child’s burial was handled by Barbara Brandenberg who, from other records, was active in the church and was a talented singer. The relationship of this Riffle family with that of Nicholas Riffle is unproven at this point.

Subsequent to the Reunion, we contacted the cemetery sexton to ask if our family could install a similar plaque or something similar. A response has been received that we should make a specific proposal for the Cemetery Board to consider.

The Jacobs Lutheran Church cemetery is well kept and has a number of Revolutionary War Veterans buried here. 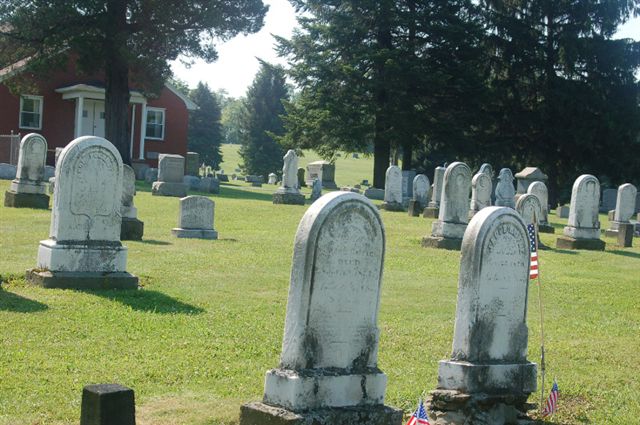 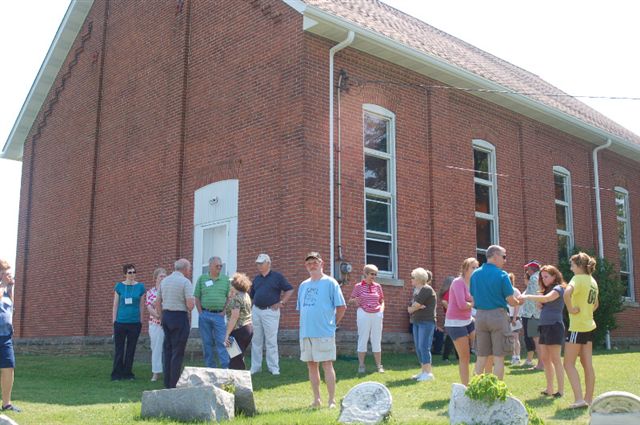 Christian Weedman’s homestead was named “New Holland” for reasons unknown to us. In Fayette County, homesteads were usually named with many having an obvious origin. Whether he was naming this for his native county or whether he had lived in New Holland, PA prior to the move to Hampshire County, VA where the first child was born is unknown.

Maps of the area showing the original land grants abound. A book known as Horn’s Papers is well known although many scholars feel that some of the work was fabricated. But, we have copies of the original land maps from the Pennsylvania Archives and have located the land on Fayette County records. It is known that there were some 302 1/2 acres in the grant.

Because the land was in a disputed area that was claimed by both Pennsylvania and Virginia, it was only when the Mason-Dixon line was accepted as the boundary between the states did settlers bother to record their grants.

It was known that the Fairview Brethern Church was on land of the original homestead. This was confirmed with a court house search in which land was donated by Ephraim Walters, Jr. to the church board for a church site. So, by going to this Church, we know we were on “New Holland”.

The View From New Holland

Connie Honsaker, a descendent of the DeBolt family (Ephraim Walters married Mary DeBolt), met us at the Church and let us use the facility to brief the family. Connie is a member of the Church. While there, we discussed the history of the Weedman and Walters families in this area.

Outside, we took the view that our ancestors had. Clearly, they selected the highest elevation in the area and had an excellent view to the north toward Masontown. In an article that Dr. Jefferson Walters had written for a Fayette County newspaper, the Genius of Liberty, in 1879, he told of the land being conveyed from Christian Weedman to Ephraim Walters, Sr. to Ephraim Walters Jr. and finally to the German Baptist Church of George’s Creek. He stated that the log home built by Weedman was “across the road” from the Church. Numerous pictures were taken on the visit.

Following the visit to New Holland, the group traveled to the eastern side of Fayette County to visit the site of Fort Necessity. This was a site of a battle in the French and Indian War (also called the Seven Years War) in 1754 in which General George Washington participated and was the only battle in which he surrendered to an enemy.

Lunch was served and the group participated in tours of the newly built visitor center and the surrounding displays. Many went to an historic home on the Fort Necessity Battlefield National Park called the Mount Washington Tavern. This was built as a stage coach stop on what became the National Road. The value of this visit was the excellent displays to provide a flavor for living conditions in the second half of the 1700s. 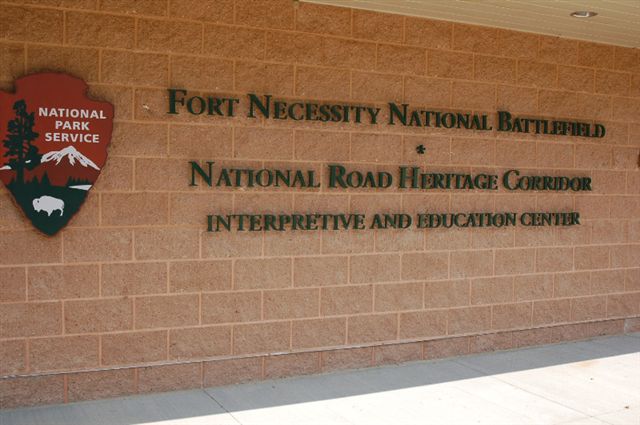 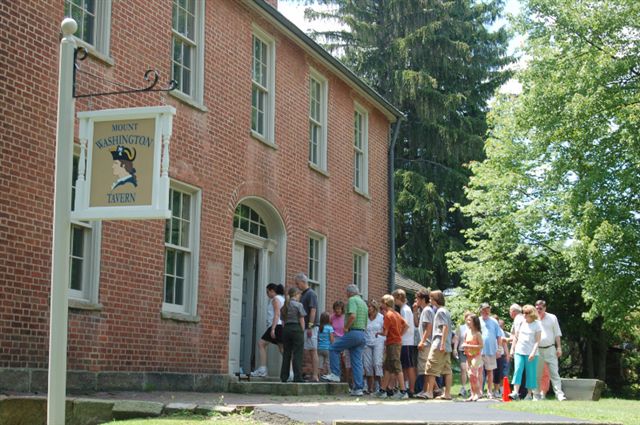 The Reunion Dinner was held at the Uniontown Country Club and provided an opportunity for more visitations as well as a brief business meeting.

After the meal, inductions into the Weedman Family Hall of Fame were announced. There were three nominations and a selection committee of Betty Myers Yahn and Bill Weedman made the review and announcements.

Inducted at this meeting were:

Colonel Freeman James (Jim) Weedman, USAF (retired) selected because of his distinguished military career and his success as a businessman following his retirement from active military service.

Carl Oran, another family member who had a distinguished military career and a successful business following that career. Carl is a Weedman descendent.

Edward Ellsworth Smith, a Reunion participant, who had a successful career as a journalist and cartoonist. Many of his cartoons appeared in the Wall Street Journal under a title of Pepper and Salt. He is the husband of Anne Weedman Smith. 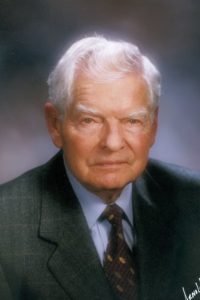