The photographs, most of which are over 100 years old, have been received as a Christmas gift and are published in the gallery below. This page was recently corrected and updated to more accurately reflect the family of Georgia Sinclair Weedman.

I was pleasantly surprised to receive as a 2008 Christmas gift some Weedman family photographs that my daughter, Amy Weedman, ran across on e-Bay. It turns out a lady in Georgia frequents antique shops and ran across these on one of her visits. She bought them and put them for sale on the auction site. We are extremely pleased to have these, most of which are over 100 years old.

Zadock Sinclair Weedman was born November 22, 1862 in Farmer City, IL the son of George and Catherine (Danner) Weedman. He married Matilda Jane (Jennie) Romine in Farmer City on February 28, 1887 and this is where all of their children were born.

Some time after 1900, the family moved to Sumner County, KS. In the 1910, Zadock appears as an automobile mechanic and in the 1920 census he is a farmer. It should be noted that at least one other member of the family moved to the same area, his brother Abraham Lincoln Weedman.

Lois B. Weedman, was born December 18, 1896 and married Clifford Nelson Smith-Farmer on December 10, 1914 in South Haven. Lois died August 8, 1978 in South Haven and is buried in Rose Hill Cemetery. 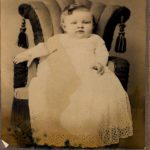 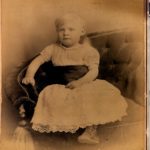 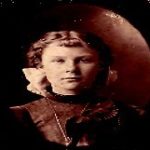 This is a photo of Daisy Fay Weedman who appears to be a teenager. The photographic studio shown on the frame is that of F. A. Wesely’s Photographic Art Studio in Holyrood, KS. This is a small town in Ellsworth Co. KS where the family apparently lived for a period of time before moving to South Haven, Sumner Co., KS,

This could be a photo taken about the time of her high school graduation which would have been about 1907 or 1908.

She married Philip Church in 1909.

The picture on the left is that of Daisy Fay Weedman and Philip M. Church and is probably a wedding photo. There is no date on the photo so whether or not this is in fact their wedding photo or one made for another occasion is speculation.

The couple had four children: 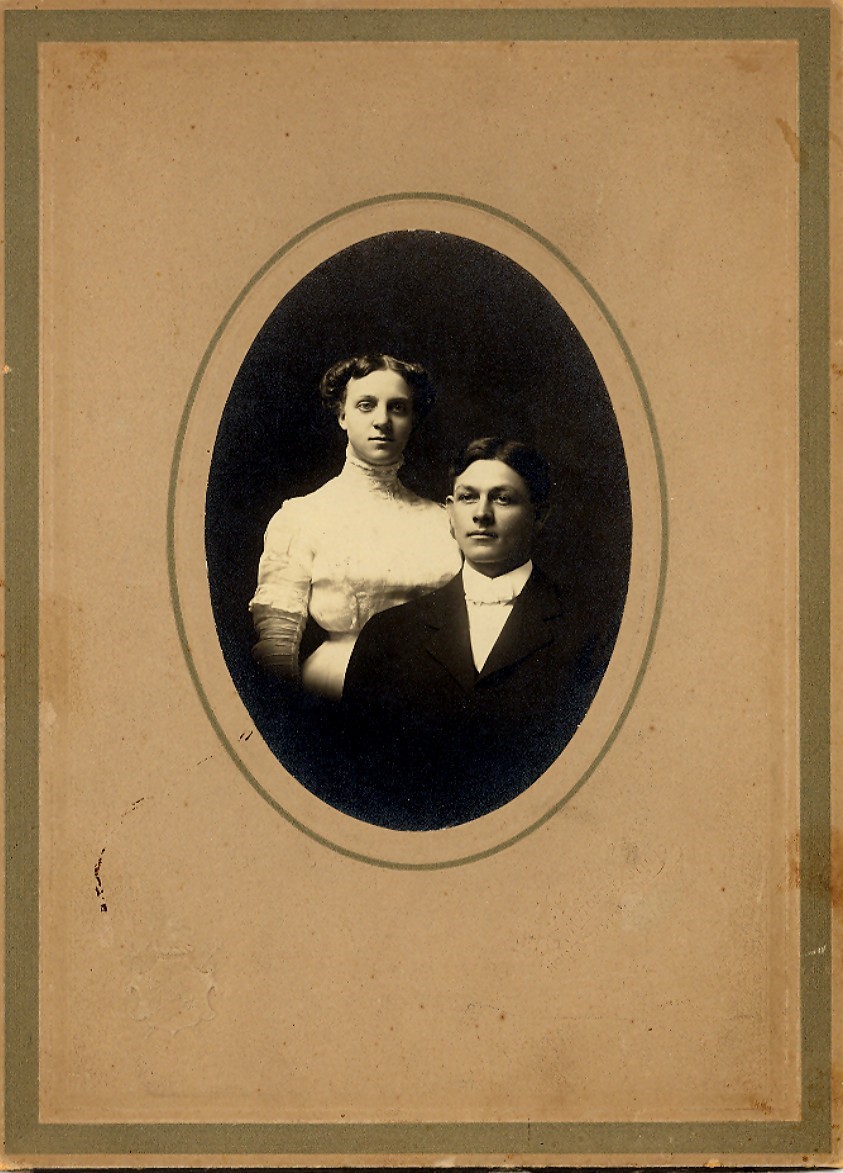 The photograph on the right is that of Lois B. Weedman and Hila Bernadean Church taken in 1910 and is printed on a post card that was never addressed or mailed.

Hila Church never married and lived in Tulsa, OK. She was a subscriber and supporter of the Weedman Newsletter until her death in 2001. She was a daughter of Max and Fern (Weedman) Church and was born December 8, 1907. She died January 14, 2001 and is buried in Memorial Park in Tulsa, OK.

This is a post card written and mail on June 20, 1914 from Hot Springs, Arkansas from Jen and Minor. It is addressed to Mr. Z. S. Weedman, R.R. 3, South Haven, Kansas from Minor Weedman (sic) and Jen Weedman.

The card is actually from Minor Neal and his wife, May Jenny Weedman. Jenny was a daughter of George and Catherine (Danner) Weedman and was a sister of Zadock Sinclair Weedman. Minor Neal was the Farmer City, IL City Marshall when the 1900 census was taken and in 1920 was a truant officer with the Bloomington, IL school system. The couple had two children. 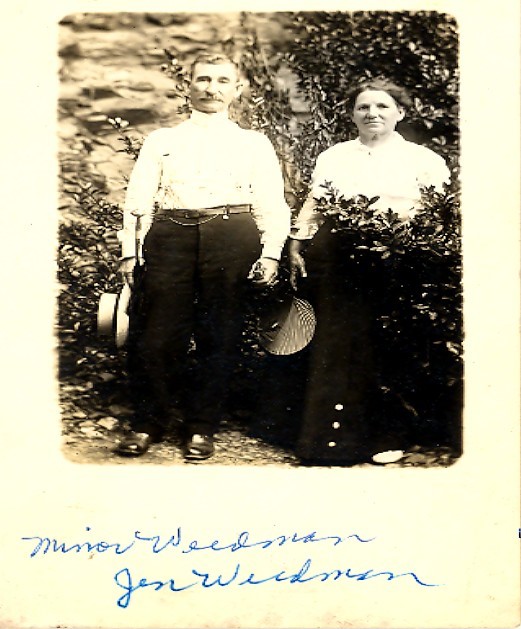 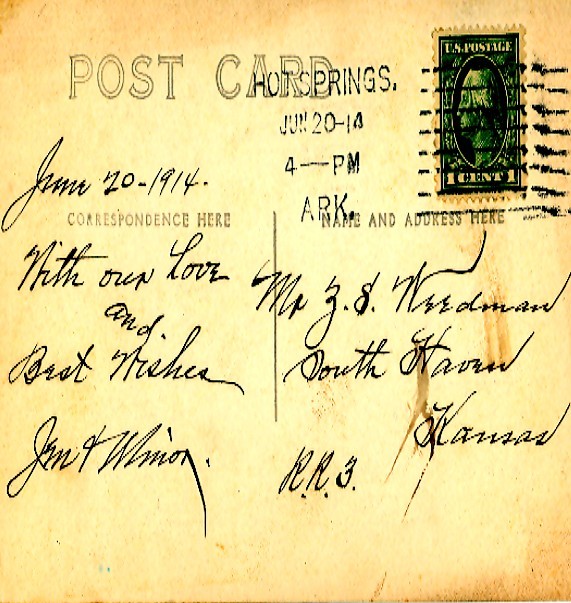