August 7, 1885. The funeral of John WEEDMAN, whose death has already been announced in THE PUBLIC, took place from his residence in West Township, McLean County, on Sunday, August 2, at 10 A.M.  Rev. W. S. HOOPER and Rev. James SHAW conducted religious service.  The attendance was very large and the solemnity of the occasion, in the presence of the grim messenger and his distinguished victim, inspired Mr. Hooper to put forth the best effort of his life in a funeral discourse.  The text used was Proverbs xiii, 22: "A good Man leaveth an inheritance to his children's children; and the wealth of the sinner is laid up for the just."  Mr. Shaw pronounced a eulogy on Mr. Weedman that extolled him to the skies, and certainly exhausted all the terms of praise, which properly pertain to the sphere of mortal life, if he did not encroach on the attributes of Divinity. 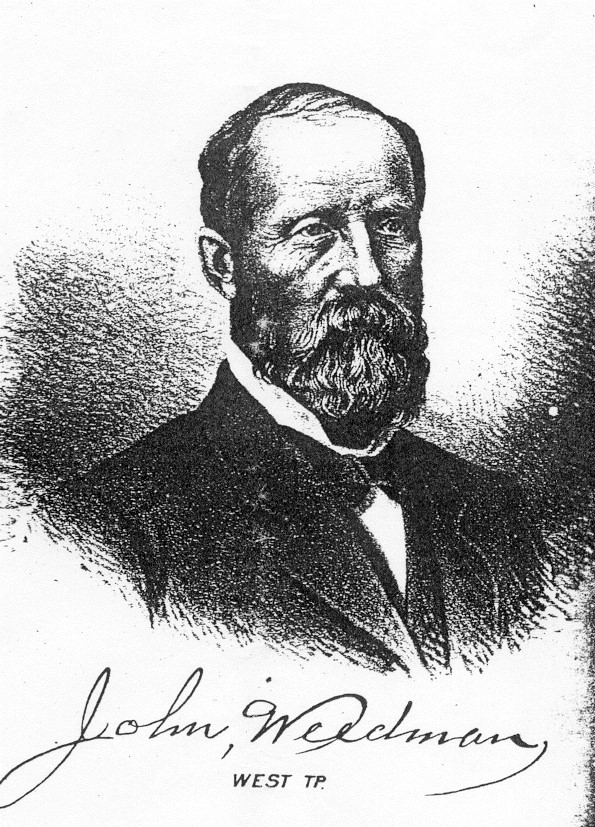